When a judgment is obtained against someone who owns an interest in a limited liability company (LLC), often the only recourse is to have the court issue a charging order.  In Nevada, a charging order is the exclusive remedy against an LLC member, even if the Nevada LLC is a single member LLC.  In spite of a charging order, could a plaintiff make an argument that the judgment debtor so mishandled the LLC, that the court should allow the plaintiff to pierce the LLC from the outside in order to reach the company’s assets to satisfy the judgment?  This is known as reverse veil piercing.

One of the benefits of forming a limited liability company or corporation is limited liability of the owners.  The members or shareholders are not generally liable for the obligations of the company, absent some type of personal guarantee. 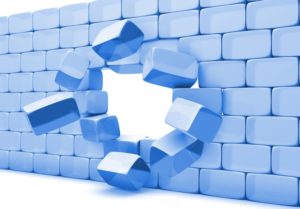 Often when a judgment is obtained against a closely held company, the creditor may want to reach the assets of the member or shareholder if the company cannot satisfy the judgment.  The plaintiff will not be able to do so absent some theory for why the court should allow the plaintiff to disregard the limited liability nature of the entity and reach the owner directly.  This is referred to as “piercing the corporate veil.”

What is Reverse Veil Piercing?

Recently a California appellate court ruled on a case involving an attempt to reverse veil pierce.

In the case of Curci v. Baldwin, Curci received a $7.2 million dollar judgment against James P. Baldwin personally.  He proceeded to have the court issue charging orders against numerous entities owned by Baldwin, among which was an LLC called JPB Investments LLC (JPBI).  Despite having made distributions to Baldwin and his wife totaling about $178 million between 2006 and 2012, JPBI made no distributions after the charging order was received.

Curci argued before the district court that since Baldwin owned 99% of JPB Investments LLC (JPBI) (his wife owned the other 1%) and Baldwin essentially used the company as his personal bank account, the court should allow Curci to reach into the company to attach the investments held therein to satisfy the judgment.  The lower court, relying on prior case law, held that reverse veil piercing was not allowed in California. Curci appealed and the appellate court took a little different view of the case.   The court distinguished the prior case, recognizing, among other things, that there was really no “innocent” member of JPBI that would be affected by allowing the reverse piercing.  The court further pointed out the differences between a creditor’s rights against a shareholder of a corporation and against a member of a limited liability company.

Baldwin argued that under state statute reverse veil piercing was prohibited because the sole remedy judgment creditors have against LLC members is the charging order which levies distributions to the member.  The court, however, pointed out that the charging order under California statute allowed the judgment to be satisfied from “the judgment debtor’s transferable interest.”  The court stated that a reverse piercing allowed one to reach the assets of the corporation, “not the debtor’s transferable interest in the LLC.”

The appellate court recognized that that state’s charging order statute did not preclude reverse veil piercing under certain circumstances and that it may be appropriate in the Curci case.  Consequently, the case was remanded to the lower court for reconsideration.

The Curci case shows, right or wrong, how a court may craft a decision to distinguish precedent and reach what may arguably be an equitable remedy given the facts of a given situation.  Nevada’s statute governing the rights of creditors of LLC members also states that the charging order is the exclusive remedy and such an order charges the member’s interest.

However, the Nevada statute goes a little further by stating specifically that “no other remedy, . . .  is available to the judgment creditor attempting to satisfy the judgment out of the judgment debtor’s interest in the limited-liability company, and no other remedy may be ordered by a court.” Whether a Nevada court would try to distinguish the statute and thereby circumvent it and allow reverse piecing of the LLC veil where the facts of a case were particularly egregious, is yet to be seen.