Many of the separate property states recognize a form of property ownership known as tenancy-by-the-entirety.  This is very similar to joint tenancy, except that it may only be held by a married couple.  Some states only allow this form a ownership for real property, while others also include investment accounts. One nice feature of tenants-by-the-entirety is that is takes both spouses, acting together, to encumber property. This can provide a certain level of asset protection. 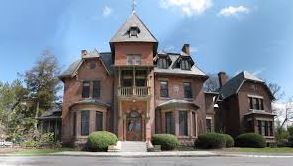 How is your home titled?

Another aspect of a common law state has to do with a spousal election.  When the first spouse dies, states that allow a spouse to elect against the will of the deceased spouse, often allow the election against about 1/3 of the probate estate.  Some states allow the election against what is known as an augmented estate, which adds non-probate assets to the probate estate. Basically, the spousal election prevents one spouse from disinheriting the other spouse.

To determine if an asset is community or separate property, you must look not only at the domicile of the parties, but also the source of the funds used to acquire it.  How the assets are titled is not determinative.  This can be confusing for people.  For example, if George and Mary live in Nevada and George receives a paycheck that he deposits into a bank account held in his name only, those funds are still community property.  And if George uses that money to purchase a new car titled in his name alone, the car is also community property.  In other words, there is a tracing component to community property.

One nice income tax advantage to community property is the full stepped up basis.  In a separate property state, it is common for the married couple to hold property as joint tenants.  For capital gains tax purposes, when one spouse dies there is a basis adjustment only on the deceased spouse’s half of the property.  However, in a community property state there is a stepped up basis on the entire property, not just one-half.  Then when the surviving spouse passes away, the property may receive another basis step-up.  It should be noted that the basis could be adjusted downward depending upon the fair market value of the property on the date of death.

Have you been thinking about creating a living trust but have not known where to begin?  Has estate planning been on your to-do list for longer than you’re willing to admit?  Are you unsure whether you should establish a trust or whether a will would be sufficient?  There are a number of things to consider when you make a living trust in Nevada or any other state.

When meeting with the trust attorney, you will be able to discuss the many options available to you when establishing a revocable living trust along with the various other documents that make up a complete estate plan, such as powers of attorney and a pour-over will.  To help facilitate the initial meeting with the lawyer, there are a number of things you should consider.

First, think about who you would like to administer your estate if you are no longer able to do so.  A successor trustee will be needed if you become incapacitated or upon your death.  You should not only think about one individual that you trust in order to administer your wishes regarding the living trust, but you should also think about who may serve as a backup successor trustee in the event your original choice is not able to serve as the successor trustee.  You may also consider co-successor trustees.  You will be able to discuss the pros and cons of this with the attorney.  In addition, you may also consider using a professional trustee such as a bank or trust company.  There are many advantages to such a trustee. 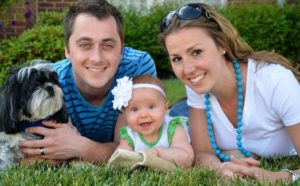 Name Guardians for Your Child

You should also carefully consider who you would like to have your medical power of attorney in the event of your incapacity.  If you are married, this is often your spouse.  But it is important to list one or two alternates.

One of the main issues to consider in your estate planning is how you would like your estate distributed after your death.  Again, a good estate planning attorney can help you consider the various options.  Living trusts are very flexible and are able to provide for many different contingencies.  So even though an attorney can help you understand the various options, having a basic idea of how you would like your estate distributed and to whom is helpful when you have the initial meeting with the trust attorney.

And in order to properly advise you regarding your estate plan and estate tax implications, it will be important to have a list of your assets, including life insurance policies, at that initial meeting.  This will also help if there are assets that require special attention in the estate planning process.

If you live in the southern Nevada area and would like to discuss setting up a revocable living trust for your estate, please call our office for a free initial consultation.